Star gazing in Africa – an opportunity not to be missed 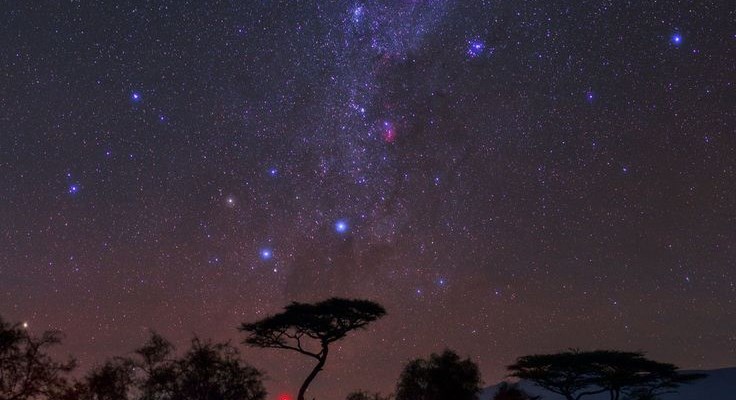 Astro tourism has been gaining popularity worldwide, with many travellers adding viewing the Northern and Southern Lights to their bucket lists. The total solar eclipse in the US last year saw many small towns overrun by travellers wishing to see the rare occurrence.

Masa Yamawaki, Market Manager for Japan, South East Asia and Scandinavia of Tourvest DMC, says it has seen an increase from Asian markets. “The clients out of Asia mainly live in densely populated and more polluted cities where they cannot see the stars that one would see here. Therefore, we try and incorporate star gazing in the itineraries we create for this market wherever we can. Star gazing can range from something as formal as a set-up with proper telescopes to just taking some time after dinner to appreciate the stars.” Yamawaki says the most popular star-gazing regions are Victoria Falls, Mpumalanga and Limpopo.

Roberto Viviani, Wilderness Safaris Business Manager for Europe and the UK, said while star gazing was not an attraction in itself, many people were interested in enjoying it on safari. “We have specialist guides who explain the stars and galaxies and being in the middle of the African bush or desert enhances the entire experience for these astro tourists.”

While star gazing is not the German market’s primary reason for travelling, Janine Bünsow, Market Manager for Germany, Switzerland and Austria of Tourvest DMC, says: “It is definitely enjoyed when offered during night game drives at the lodges, as the Southern hemisphere offers a new exciting view of the night sky for Europeans. The interest for star gazing has increased over the last few years and game lodges are catering far more for this activity.

“For keen star gazers, a unique place for amazing viewing is the Cederberg Mountains, where tours are offered at the Cederberg Astronomical Observatory. This is often exciting for guests looking for something a bit off the beaten track,” Bünsow says.

Esther Ruempol, Market Manager for the Benelux at Tourvest DMC, says there are many places in South Africa for star gazing. “The most famous is probably Sutherland (home of the Southern African Large Telescope) in the Northern Cape. Other places include !Xaus Lodge in the Kgalagadi Transfrontier Park, which, being a largely pollution free area, offers stunning views of the night sky.”

Lodges are offering more star-gazing experiences. “We have certainly seen an increase in the development of stargazing opportunities in Botswana. Many lodges now offer a special sleep-out deck experience, on a raised platform or ‘treehouse’, where stargazing is phenomenal. All these sleep-out experiences are offered in very remote parts of the country, with no light pollution, ensuring some incredible sights,” says Harriet Sobey, Sales & Marketing Director of Sense of Africa Botswana. “The best stargazing opportunity in Botswana is without a doubt on the Makgadikgadi Salt Pans. This incredible moon-like environment offers some of the best stargazing opportunities in Africa,” Sobey says.

Namibia is also a great destination for stargazing. In 2012, the NamibRand Nature Preserve was named Africa’s only international dark-sky reserve (IDSR) by the International Dark-Sky Association(IDA). An IDSR is “a public or private land possessing an exceptional or distinguished quality of starry nights and nocturnal environment that is specifically protected for its scientific, natural, educational, cultural, heritage and/or public enjoyment,” according to the IDA. The reserves need to meet certain criteria for sky quality and natural darkness, as well as surrounding areas that support dark sky preservation in the core reserve.