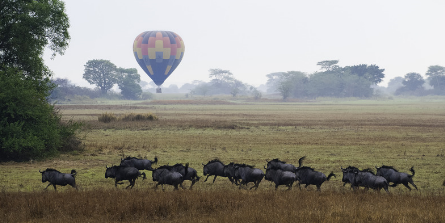 The winter safari season in Kafue National Park, Zambia, kicked off in June, and camps in the far-flung, wildlife-rich location will operate until the end of October when the Kafue River goes into flood. 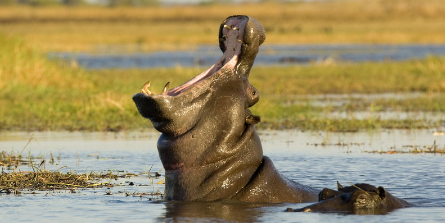 Running two camps on the Busanga Plains in Kafue, Wilderness Safaris is strongly invested in the park, despite the fact that they open only five months a year. They are off the beaten track, and the ecotourism operator’s involvement in the location is a leap of faith and has involved some financial loss. Yet, its presence has had a positive effect on wildlife populations, the economy of local communities and poaching.

“The northern part of the park is where I feel the diversity of game is at its highest as well as its wildest. You can stand in an open floodplain and not hear or see a single other human around. Your eyes will dart from elephant herd, to buffalo, to kudu, puku, lechwe, zebra, sable, eland. Birdlife is abundant, with over 500 species recorded throughout the park. These range from the ever-impressive raptors to the smaller ground species,” he says.

The northern Kafue floods every year between November and early June. By the time camps reopen in the second half of June, there is an abundance of water and plentiful game. Activities range from boating and canoeing to game drives. Temperatures are cool at night with clear blue skies during the day.

In August and early September there is less water but a mix of activities, including hot-air ballooning, says Simmonds, while in late September and October it warms up. Comments Nikki Theron, Senior Travel Consultant at Giltedge: “I was there in the last week of October when it was 45 degrees and the humidity was very extreme – especially when travelling in the bush planes.”

At this time, the only water left on the plains is at permanent waterholes. “This means wildlife has to congregate and the diversity of animals come together in almost a kaleidoscope of hooves, wings and paws! The predators know this and also head to the last remaining pools of water to hunt,” Simmonds enthuses.

Kafue is not the easiest wildlife sanctuary to reach, and this remoteness is, for many, its very attraction. If visitors are familiar with driving in the bush they can make use of a 4×4. But, cautions Simmonds, don’t take chances with water crossings, as the mud can be unforgiving.

Flying is the speediest bet. Wilderness Air offers flights into Northern Kafue from Livingstone and Lusaka. On a charter basis, Nik Lloyd-Roberts, Commercial Manager at Federal Airlines, says the journey from Johannesburg in an aircraft such as the eight-seater Pilatus PC12, would take approximately two and a half hours.

Game viewing is diverse and rewarding in Kafue. “We are two of a total of three camps in an area that offers lion, leopard, serval, cheetah and hyena sightings that rival any other safari area in Africa,” says Simmonds. “On a recent trip, we had the option of two separate lion sightings or watching a coalition of two cheetah brothers. On the way to the cheetah we saw no fewer than three honey badgers. I didn’t know which way to look or point my camera as we drove past Liechtensteins hartebeest, zebra, elephant and buffalo, not to mention the bird species.”