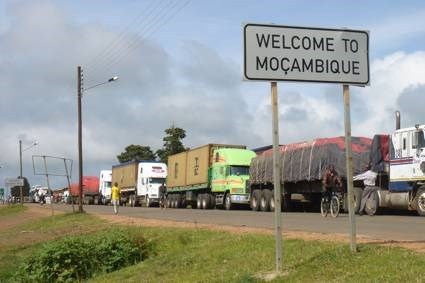 Following President Filipe Nyusi’s announcement identifying tourism as one of the core props of economic recovery (along with agriculture, energy and infrastructure) earlier this year, the Mozambican government has moved to address one of the main impediments to tourism identified by local tour operators; the high and complicated visa process for international travellers.

In April this year, government announced that it would be allowing visitors from all countries to purchase visas at all of Mozambique’s 26 international border posts. Previously, travellers from countries where Mozambique had Embassies, High Commissions or Consulates were obligated to purchase a single-entry visa in advance of travel; an often expensive and time-consuming process.

This also barred international visitors to neighbouring South Africa, Swaziland or Zimbabwe from adding Mozambique to their itinerary once they had arrived.

Under the new dispensation, visitors from any country may purchase a double-entry visa at any international border, including sea and airports.

This week, the country’s Minister of Interior, Basílio Monteiro, announced that the price of the visa would be cut by about 30% from US$70 to US$50. He commented that the new price was “reasonable” and added that it is between US$3 and US$7 lower than the levels excised by neighbouring countries in Southern Africa. The fee is set in US$ and thus the value paid in rands or meticais would fluctuate with the prevailing exchange rate.

The move follows intensive lobbying from the CTA (Confederation of Economic Associations) whose Tourism Portfolio Vice-President, Rogério Gomes, says the CTA concurs with the President in believing that the tourism sector is the best bet to help rapidly uplift the Mozambican economy.

Local tourism operators have applauded the move, but Dana Tours MD, Natalie Tenzer Silva cautions that there are some implementation issues and she recommends that travellers and operators check with their local Mozambican embassies and, most particularly, with their inbound airlines’ boarding policy prior to travel during the transition period. She also highlights that tourists must hold a return air ticket as well as a confirmed hotel reservation. “Those staying with friends or family require a ‘Termo de Responsibilidade’ (notarised Letter of Responsibility) from the host,” she adds.

Note: Travellers holding any SADC passport are not required to have a visa to enter Mozambique and are granted a 30-day entry stamp on arrival at no charge.